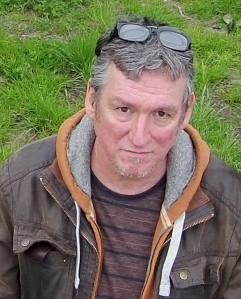 My practice-as-research draws its inspiration from modern folklore, with the focus on engagement and process as much as the end product. It explores the dynamics of how perceptions and experiences of certain places and landscapes are influenced by ideas and identities surrounding concepts of truth, half-truth, folklore and legend, and vice versa.

During the nineties and noughties I played a leading role in what the science journal Nature has called “a growing underground art movement combining mathematics, technology, stalks and whimsy,” commonly known as the crop circles phenomenon. Such ideas are an indicator of cultural interests and even anxieties that are by no means limited to the subcultures that articulate them. My PhD thesis, Playing Puck: A study of performative action in the shaping of a “Legend Landscape” (2014, PLaCE Research Centre at University of the West of England) contextualized this activity in terms of peculiarly English notions of ‘wyrd’ that spiced 1960s counter-culture, with its attachment to the mythical terrain of an English landscape alive with ancient and modern legends, i.e., myth presented as fact.